The following is an excerpt from the daily CryptoCodex email newsletter. Sign up now for free here What goes up… A cryptocurrency price rally stalled last night but has now resumed, with bitcoin climbing back toward $50,000 after falling as low as $43,000 per bitcoin. On Saturday, bitcoin looked as though […]

The following is an excerpt from the daily CryptoCodex email newsletter. Sign up now for free here

A cryptocurrency price rally stalled last night but has now resumed, with bitcoin climbing back toward $50,000 after falling as low as $43,000 per bitcoin. On Saturday, bitcoin looked as though it might make it all the way to $50,000. Less than a week ago, the bitcoin price was languishing at under $38k.

The broad crypto rally pause, nowhere near wiping out the week’s big gains, comes as the row over the U.S. bipartisan infrastructure bill’s crypto provision rolls on and Tether Limited issues a first fresh 1 billion tethers after new issuance slowed in recent months.

Ethereum, after charging over $3,000 per ether on the back of its closely-watched upgrade last week, dropped to the psychological level and led its rivals lower. Binance’s BNB, cardano, polkadot and solana are each down around 1% on the last 24 hours after racking up double-digit gains riding ethereum’s upgrade coattails last week.

Dogecoin, the meme-based and highly-volatile pet project of Tesla
billionaire Elon Musk, is leading the crypto top ten lower this morning, down around 7% after a weekend surge as experts disagree on the memecoin’s long-term prospects.

Now read this: With Coinbase set to report its second-quarter results tomorrow, look at the weekend’s bitcoin price for how the exchange’s stock may trade today.

The cryptocurrency community has descended on D.C. over the last few days, fueled by righteous indignation over the $1.2 trillion infrastructure bill provision that expands the definition of a crypto “broker,” increasing reporting requirements to the IRS and potentially hobbling the nascent industry.

Piling on the pressure: Over the weekend, there were some 40,000 calls reportedly made to representatives via the nonprofit advocacy group Fight for the Future’s website, which issued a “red alert” over the latest amendment to the bill that “pick[s] technology winners,” according to Tesla billionaire Elon Musk.

“A provision that’s so poorly written it could crush the cryptocurrency ecosystem and dramatically expand US government surveillance has been added to the must-pass bipartisan infrastructure package at the last minute,” Fight for the Future wrote.

Amendment impasse: Agreement on allowing amendments is now being held up because of conflict between senators over the 30-hour rule, which allows the Senate to consider, read and review a bill for up to 30 hours before voting on it.

“Tomorrow we’ll be back in session and again work to convince our colleagues and Senator Schumer that our amendment deserves a vote,” senator Cynthia Lummis (R-Wyo), one of three senators that proposed an amendment broadly supported by the crypto community, said via Twitter last night.

A cruiserweight in crypto’s corner: “There’s a partisan disagreement on spending, so Dems objected to all further amendments,” senator and former presidential hopeful Ted Cruz (R-Tex) said via Twitter, adding: “Crypto got screwed tonight. That means no vote on Wyden-Lummis to lessen the damage this bill will do to crypto and no vote on the Cruz amendment to repeal the new crypto rules altogether.”

Now watch this: Crypto Slows U.S. Infrastructure Billammit, Janet: On Friday, it was reported by the Wall Street Journal that U.S. Treasury Secretary Janet Yellen has been lobbying against the amendment proposed by senators Lummis, Ron Wyden (D-Ore) and Pat Toomey (R-Pa).

What’s next: A final vote looks likely to happen tomorrow as long as the bill’s issues have been resolved (but don’t set your watch by the Senate’s schedule).

Don’t miss: How cryptocurrency became a powerful force in Washington

Tether Limited, the issuer of the world’s biggest stablecoin tether (USDT) and controlled by the owners of British Virgin Islands-based crypto exchange Bitfinex, has minted a fresh one billion USDT tokens on the tron network.

The latest tether issuance, picked up by the Twitter crypto whale alert bot, comes after Tether slowed its rapid creation of new tokens in recent months. The number of tether tokens (pegged one-to-one with the U.S. dollar) in circulation have soared from around 10 billion this time last year to more the 62 billion today.

But but but… The technical detail of this “issuance” has been disputed by one senior Tether Limited executive.

“1 billion USDT inventory replenish on Tron Network,” Tether chief technology officer, Paolo Ardoino, said via Twitter. “Note this is an authorized but not issued transaction, meaning that this amount will be used as inventory for next period issuance requests and chain swaps.”

The big picture: Crypto bears have repeatedly warned over the last few years that the crypto market’s dependence on tether, known to not have one-to-one dollar reserves in its treasury for the USDT tokens it issues, could end in disaster.

Last month, it was reported by Bloomberg that a U.S. probe into Tether is homing in on whether executives behind the digital token committed bank fraud. In response, Tether issued a wordy statement that didn’t include an outright denial of the story.

On Friday, Brian Brooks, a former senior banking regulator, quit his role as the chief executive of the U.S. arm of crypto exchange Binance after just three months in the role.

Musical chairs: Brooks, who served as acting U.S. Comptroller of the Currency from May 2020 to January 2021, joined BinanceUS in May. Before that, he was chief legal officer at the major U.S. crypto exchange Coinbase.

“Letting you all know that I have resigned as CEO of ⁦⁦@BinanceUS,” Brooks announced via Twitter, raising eyebrows in the crypto community as Binance wages war with regulators on multiple global fronts. “Despite differences over strategic direction, I wish my former colleagues much success. Exciting new things to come!”

Regulators around the world, including in Hong Kong, the U.K., Germany, Japan, Italy and Thailand have heaped pressure on Binance in recent months due to escalating fears over lackluster investor protection, accusations of money laundering and the possibility of systemic risk to the financial system posed by cryptocurrency.

In the U.S., Binance is being probed by the Department of Justice, the Commodity Futures Trading Commission and tax authorities, it was reported by Bloomberg in May.

ICYMI: Leaked ‘Tai Chi’ Document Reveals Binance’s Elaborate Scheme To Evade Bitcoin Regulators—Oct 29, 2020 (Binance moved to sue both Forbes and the journalists responsible for the story before dropping the lawsuit

Tue Aug 10 , 2021
These crypto analysts say Ethereum could reach $4,500 by 2022. Here’s why Earn up to 12% APY on Bitcoin, Ethereum, USD, EUR, GBP, Stablecoins & more. Start Earning Interest Edge › Ethereum › Investments Ethereum, the world’s most used blockchain, has a host of upgrades and improvements scheduled for the […] 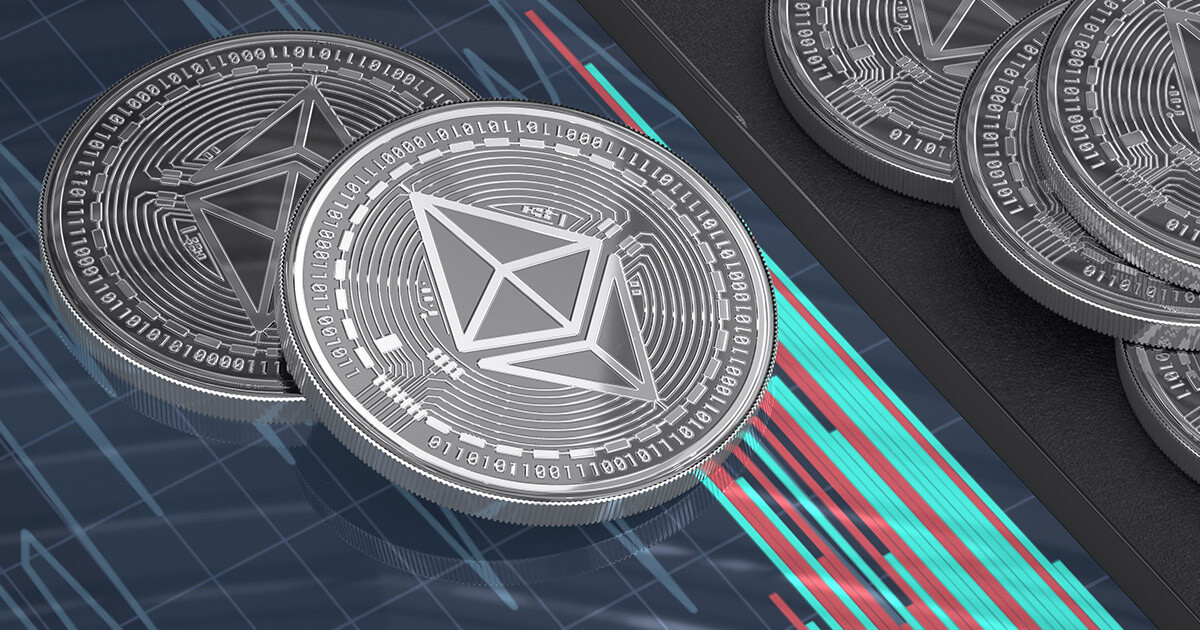