Almost 400,000 state residents lack high-speed broadband in a time when all aspects of society are becoming more dependent on it.

Joe Nagan has run a successful home construction consulting business for more than three decades, but each time he conducts an internet conference call with a customer, he is reminded of the challenges of continuing his company’s work in the modern age.

The lack of broadband access has become even worse since the pandemic began in March 2020, said Nagan, who operates Home Building Technology Services from his home east of Kaukauna in eastern Wisconsin.

During a conference call last week, Nagan and a customer experienced a two-second delay between the time each spoke and the other heard what they were saying. Using a webcam so Nagan and his patrons can see each other via computer “simply won’t work,” he said, and in-person virtual training sessions simply aren’t possible because of a lack of high-speed connectivity.

“It is brutal because right now, with COVID and everyone is forced to go to virtual conferencing, I can’t do a virtual presentation from my office to sell my product because my internet speed is not good enough,” Nagan said. “That puts me at a massive disadvantage.”

Nagan is far from alone when it comes to lacking high-speed internet. In the 2021 Broadband Deployment Report, the Federal Communications Commission estimates 6.8% of Wisconsin residents (394,000 people) lack access to broadband service with adequate bandwidth, higher than the national average of 4.4%.

Those figures show a slight improvement from a 2019 report by Forward Analytics based on FCC figures that showed about 430,000 people in Wisconsin, including one of every four people in rural areas, can’t access broadband. However, because of the way those numbers were tabulated, using census data block reporting, some industry experts believe the number of state residents without access to broadband is likely double that number.

“The situation with a lack of broadband access in parts of Wisconsin is dire,” said Brittany Beyer, chair of Gov. Tony Evers’ statewide Task Force on Broadband Access and executive director of the Grow North Economic Development Corp., which serves eight counties in northeast Wisconsin. “It is a situation that this state must address.”

President Joe Biden initially proposed $100 billion to boost broadband service in Wisconsin and the rest of the nation as part of the American Jobs Plan, a figure he later reduced to $65 million to work with Republicans, who balked at the expense. On Tuesday three Senators introduced legislation that would reduce that figure to $40 billion.

In Wisconsin, Evers, who declared this year the “year of broadband,” proposed spending $200 million on broadband expansion as part of the 2021-23 state budget, nearly four times more than current funding. On Tuesday the Legislature’s Republican-led budget-writing committee approved spending $125 million.

While broadband gaps are present in virtually all parts of Wisconsin, the service is generally better in urban areas than rural ones, experts say. In some portions of the state’s northern region, fewer than half of residents have broadband access.

Beyer learned firsthand about the shortage of broadband availability when she relocated to northern Wisconsin, near Rhinelander, a few years ago and discovered she had to carry a checkbook with her when shopping because some businesses can’t conduct sales using debit and credit cards. Attempts to buy items using cards sometimes time out because card readers lack enough internet access.

“Clearly, especially with so many people working remotely now, broadband is a major issue in terms of being able to attract people,” Beyer said. “If we don’t do a better job of expanding broadband across the state, there are going to be winners and losers, and the rural areas will increasingly be left out.”

Businesses aren’t the only ones feeling left out of the broadband mix. Educators across Wisconsin, especially those in rural regions, report concerns about a lack of high-speed internet connectivity adversely impacting student learning.

The pandemic made more obvious many previously existing inequities, they said, including stark differences in broadband availability. For instance, students in school districts with internet access were able to complete work in a timely manner during virtual learning, educators said, while those without struggled to do so.

Most of the approximately 350 students attending the Lac Courte Oreilles Ojibwe School district near Hayward had technology devices for learning prior to 2020, so when the pandemic hit Wisconsin and schools were shut down, the district seemed well-positioned to continue instruction.

However, a lack of broadband where many students live made completing homework assignments challenging or impossible, said Jason Bisonette, dean of students for the district. Some students completed school work on their phones as those devices could access service but laptops could not. In other cases, parents drove students to locations with broadband access, and parking lots became makeshift classrooms.

Lac Courte Oreilles tribal officials worked to boost broadband access at the school district, the nearby tribal college, and other locations to offer more places for students to complete coursework. But many students still struggled to keep up with their studies, Bisonette said.

“With our boosting technology use prior to the pandemic, it felt like we were 10 steps ahead of a lot of other small school districts,” he said. “But those plans fell apart because of a lack of broadband access.”

Even as COVID-19 retrictions are lifted and some people return to their workplaces, work from home and other remote locations is likely to be more commonplace, economic experts say.

That, in turn, is stressing existing internet networks, making work Nagan and many others challenging and in some cases impossible, Beyer said. A growing number of people want to work remotely and live in less-populated areas, she said, but a lack of broadband access makes doing so difficult in many cases.

As broadband becomes more of a necessity than a want, some communities are stepping up plans to expand it. In Superior, city officials have been working for the past four years on plans to create a public fiber network that providers could use as a baseline to expand their service from.

As part of the plan, the city would use grant funding and borrow for the venture projected to cost as much as $31 million. The project would be paid for in part by subscribers, Superior City Council member Tylor Elms said. The initiative is still being discussed and could be part of next year’s city budget.

“It’s like going from dirt roads to paved roads,” Elms said. “It’s about time we do this.”

The Cochrane Cooperative Telephone Co. has been extending fiber to homes in its Buffalo County service area since 2009, the organization’s CEO Gina Tomlinson said. But doing so in the sparsely populated area is challenging, in part because of cost, she said.

Those high costs prevent businesses from extending fiber to areas with small populations because doing so would lose money. The only way to make such expansion feasible, Tomlinson said, is with grant funding and the cooperation of local entities.

For instance, a fiber expansion allowing broadband access started in the town of Milton in October 2018 and completed one year later totaled $2.1 million and was paid for by a Public Service Commission grant, Buffalo County, the town, and the telephone co-op.

“Those grants are how we’ve been able to do our projects,” Tomlinson said, noting the co-op is seeking more funding to start another broadband expansion to about 200 households starting this summer. “Without that, it simply wouldn’t be possible in these rural areas.”

Beyer seconded that notion. Significant broadband expansion will only occur in rural areas with significant investment and efforts by federal, state and local governments, she said. In addition, she said, dollars are needed for training small, local governments to even access broadband grant dollars.

“Some small communities don’t have the capacity to even manage a broadband grant, and that is part of the issue with not being able to expand,” Beyer said.

The governor’s broadband task force is scheduled to submit its recommendations by the end of this month. State lawmakers will then decide what to adopt from the proposals.

Nagan said he isn’t sure what to expect regarding broadband expansion. But he hopes somehow funding can be made available so he and others can gain access. He looked wistfully out his window at a location a half mile away where the nearest fiber line ends.

“There are a lot of people like me out there in these rural areas who need high-speed internet to run our businesses,” he said. “I don’t want to move. I like living here. But we need access to do it.”

Thu Jun 17 , 2021
The significant file labels yesterday submitted yet another lawsuit demanding that an Internet services company terminate a lot of additional subscribers for alleged copyright violations. Universal, Sony, and Warner sued Frontier Communications in US District Court docket for the Southern District of New York, alleging that the DSL and fiber […] 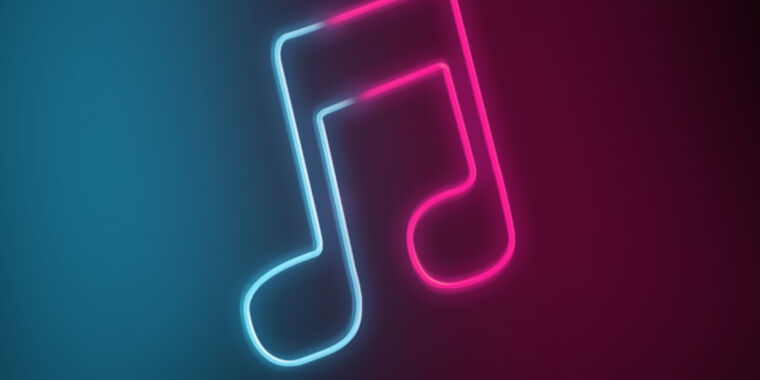