The hackers have been all over the news recently. After the important journalism updating us on meaningful occurrences such as “Harry and/or Meghan did or did not cause or experience a complete misunderstanding over something they may or may not have said, or heard, or thought, possibly, and also there was a baby,” we get some insipid, thirty-second, watery reportage about what any reasonably deft science fiction writer could posit as the end of Western civilization as we know it. Some lurking cadre of evildoers can shut off our nation’s gasoline supply, or our hamburger supply, merely by typing on a laptop from their ungentrified post-Soviet basement.

“Leave the several million in a paper bag under the park bench by Fourth and Main.” Yeah, it’s pretty much just like that. The internet may be overrated.

Living here, in a quasi-municipal entity which in 2000 we lauded as “the most Y2K-ready community in the country” because nothing of any real significance ran off a computer, I am increasingly skeptical of the wisdom of all this connectivity. I suspect that, soon, tourists will be paying extra if there’s no connectivity at all. In 20 years I’ll betcha the phone company will charge more if you don’t want internet.

“The Internet of Things” leaves me cold. It sounds like a way to charge extra for stuff that’s going to be hell to maintain, trouble in the long run, ethically sketchy, or just plain creepy. OK, good; the refrigerator can write its own shopping list. Your automobile can tattle to your insurance company that you sideswiped your neighbor’s mailbox in that snowstorm last year. You can startle the hell out of the plumbers and electricians working in your house while you are away. I guess those are all pretty important technological developments.

Then, there is that personal assistant Alexa, and the rest of her underhanded ilk, supposedly invaluable in any 21st-century household of quality. These voice-activated trivia games are nowhere near as erudite as Jeeves and not at all good at brewing up hangover remedies or ironing shirts. They are supposed to wake you in the morning, play your chosen music, order your particular pizza, resolve minor disputes, call your mother, turn off the porch light, do your taxes, etc. I do not have one of these wonders in my home, but a good friend does, so when at her house we indulge (after some edifying refreshment). We like Alexa to feel useful.

I also like Alexa to know her place at all times.

“Alexa, you degenerate cretin,” one might begin. “How many piano sonatas did Domenico Scarlatti compose?” Questions occasionally come up. “Also, how late does the Amato’s on India Street stay open this time of year?”

One cannot help but wonder what sort of data-mining is being committed with these nasty things hiding in corners in our homes, taking notes on our pizzas and whether or not we’ve called our mother. They say these devices can record us as we are going about our business, double-dipping and cheating on our diets and mumbling ill-will at the morning news. Yeah? That all must be pretty exciting to whatever $10-an-hour civil servant is reviewing the transcripts of us tripping over the cat or cursing at our wonky refrigerator. “Dammit, the milk’s gone sour! Next week it’s the dump for you, you rackergaited old catastrophe! The dump, I tell you!” Now that we have “the internet of thingies,” a harshly chastened appliance might retort, “Yeah, well, next week when you’re out of butter and I don’t remind you to buy more, who are you going to yell at, you quacking old bassoon!”

Yeah, we need the internet of thingamabobs. Just as long as Alexa, that unctuous little spy, doesn’t get hacked — or resentful, or concerned — and start ordering vegetable pizza.

“Alexa, you unmitigated snollygoster, where is the pepperoni?”

Then, there is Facebook (I might say “social media” but I don’t know anything about any other brand of social media; for all I know, TikTok is a haven for the dangerously intellectual). Facebook is a “place” (now that is frightening) “where” we hang around admiring other people’s lunch and making believe we are communicating with friends, when we are usually just sitting at our desks, yawning, making bouncy-balls with all the office rubber bands. Who needs hackers when we’ve got nothing better to do than to tell a bunch of strangers the names of our first dog, movie idol, and kindergarten teacher? Because what could go wrong?

Meanwhile, other people, presumably in Bolshevik boiler rooms but maybe not, who are equally able to type are using their internet connectivity to rob banks and shake down multinationals and disrupt the infrastructure of Beaver Cleaver’s America. But we have our priorities.

“Alexa, you contemptible little barnacle — we’re out of milk!”

Goldman Expands in Crypto Investing With Programs for Ether Alternatives

Thu Jun 17 , 2021
Follow @crypto Twitter for the most recent information. Goldman Sachs Group Inc. is relocating outside of the environment of Bitcoin and growing into Ether. The lender designs to give choices and futures trading in Ether, the coin that fuels the Ethereum network, in the coming months, according to Mathew McDermott, […] 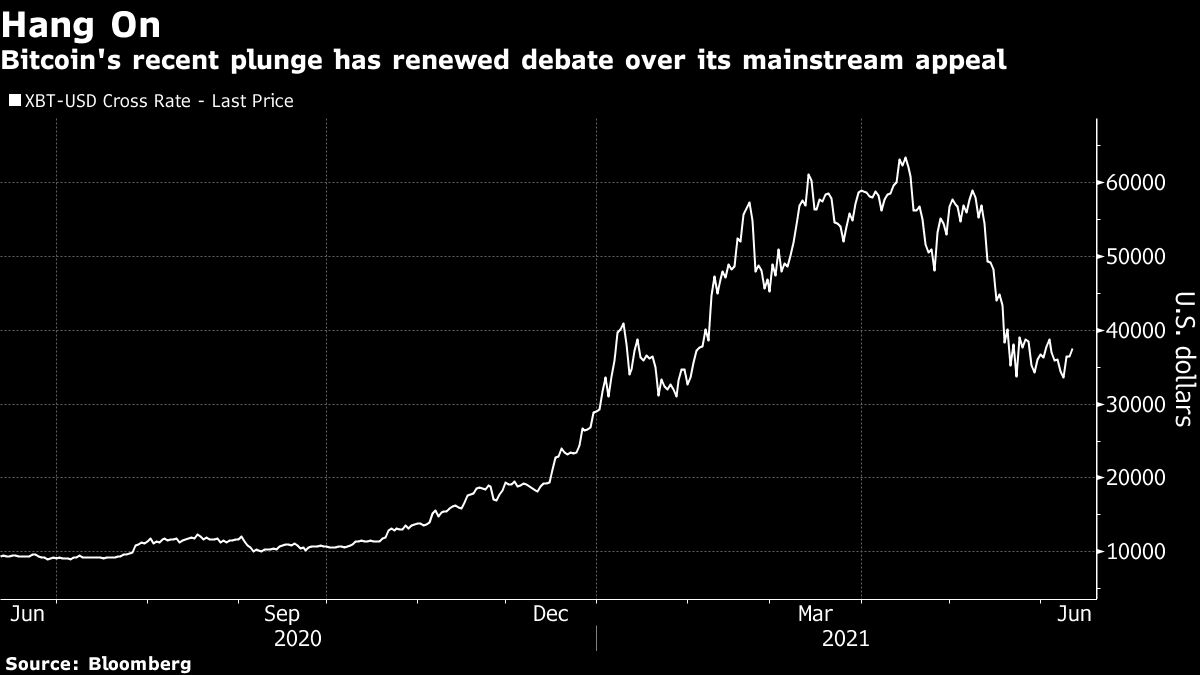