Table of Contents The way we wereHelping set the HBCU BuffetThe HogAn excellent entreeThere’s More!More on SundayStill more on SundayClash of the TitansHBCU Games: The MeatHBCU Games: The Real BanquetList of HBCU Games Streamed or on TV in 2021 Share Tweet Share Share Email Get ready for a feast in […]

Get ready for a feast in 2021 if you crave the spectacle that is HBCU games on television or streamed over the internet.

That’s because a record will be set as over 120 football games are to be either televised or streamed this upcoming 2021 fall season. Games are set for Thursday, Friday, Saturday and Sunday. Nine games can be seen during each of five weeks with another five weeks with double-digit (ten or 11) broadcasts. Just about every game you want to see can be seen in 2021.

This year – God-willing and the Delta Variant doesn’t rise to stop it – HBCU football is in the throes of a resurgence.

The way we were

Think back, if you’re old enough – and you probably aren’t – to 1968 when Grambling played Morgan State in Yankee Stadium. The game, the first-ever HBCU gridiron contest played in New York city and the first at the hallowed baseball cathedral, made national headlines and drew mega attention to HBCU football.

It was part of the genius of Grambling SID extraordinare Collie Nicholson, the man who along with Grambling President Ralph Waldo Emerson Jones, head coach Eddie Robinson and the famed Grambling Marching Band, was responsible for making Grambling a household name throughout America.

Through Nicholson’s marketing prowess, the G-Men had a highlight show that aired on 95 stations in the U. S. and 50 armed forces stations around the world each Sunday, the day after a Grambling game. It was before there was an ESPN or Black Entertainment Television (BET). Grambling became to black America what Notre Dame, who had a similar highlight show, was to the rest of the country.

Nicholson also booked the Tigers into the LA Coliseum and just about every major NFL venue and even took the G-Men and Morgan State unto Tokyo, Japan (1976) and put on Grambling vs. Temple there a year later. Nicholson is considered the founder of the Bayou Classic (Grambling vs. Southern in the New Orleans Super Dome at season’s end).

He didn’t invent black college classic games but he certainly expanded them, even unto Hawaii. Read Michael Hurd’s book about him entitled, “Collie J: Grambling’s Man with the Golden Pen.”

Those were the heady days of black college football.

Those days are dawning again.

So get your TV, your smartphone, your tablet, your watch, whatever you’re going to watch it on ready ’cause it’s about to go down!!

The matchups are Oh! so scrumptious!

This weekend, on Saturday, August 28, Alcorn State, previously known as “The Beast of the East” in the Southwestern Athletic Conference for its dominance of the league’s Eastern Division over the last six years, debuts as a West Division power when it represents the conference in the SWAC/MEAC Challenge in Atlanta vs. North Carolina Central.

Not only does Jackson State and head coach ‘Don’t call me Deion’ “Coach Prime” Sanders open in a showcase game in Miami dubbed the Orange Blossom Classic a week later on Sunday, Sept. 5 on ESPN 2. But the opponent is Florida A&M and head coach, ‘You can call me’ Willie (if you know me), Simmons as the Rattlers make their SWAC debut (after leaving the MEAC) in an opening week East Division showdown.

This game is the rekindling of one of the most famous classics in black college football history started in 1933 by J. R. E. Lee Jr., the son of a Florida A&M president. The OBC was known as the de facto black college national championship game during its prime and was hosted by FAMU’s legendary head coach Alonzo “Jake” Gaither.

But hold up! This is the same day (Sun., Sept. 5) that former NFL star Eddie George makes his debut as the new head coach at Tennessee State going up against perennial SWAC powerhouse and back college football icon Grambling State in the Black College Football Hall of Fame Classic in Canton, Ohio.

This game comes a couple weeks after, and on the same field where four HBCU legends – Winston Hill of Texas Southern, Harold Carmichael of Southern, Donnie Shell of South Carolina State and Bill Nunn Sr. of West Virginia State – were inducted into Canton’s Pro Football Hall of Fame.

Fittingly, the game will air on the NFL Network, not ESPN.

Also on Sunday, Tuskegee and Fort Valley State will go at it on ESPNU in Montgomery, Alabama in the first annual Red Tails Classic honoring the Word War II Army Air Force flyers and servicemen and women known as the Tuskegee Airmen.

So that’s an HBCU tripleheader on the Sunday before the NFL season begins! The history accompanying these games is just like desert!

Appetizing! And we’re just getting started.

Clash of the Titans

The game usually draws crowds of 40,000-plus but with the added hype of Sanders and George going at it for the first time, it’s likely to sell out the 58,000-seat Liberty Bowl stadium. It will be on ESPN3.

That’s not to mention the traditional hot tickets and sell-out crowds of over 60,000 that grace the Magic City Classic at Birmingham’s Legion Field (Alabama State vs. Alabama A&M, Oct. 30, on ESPN3), the Bayou Classic returning to the Super Dome in New Orleans (Southern vs. Grambling State, Nov. 27, on NBC Sports Network) or the Florida Classic in Orlando’s Citrus Bowl (Bethune-Cookman vs. Florida A&M, Nov. 20, ESPN Digital) that now moves from the MEAC to the SWAC ledger.

We haven’t even talked about homecomings and the fact that the Greatest Homecoming on Earth, North Carolina A&T’s beloved GHOE, will match the now Big South Aggies against the two-time conference champion Hawks of Monmouth on Oct. 30 in Greensboro.

Now, all this is only necessary if you can’t get to the games in person. And we pray this most recent spike in the virus doesn’t prevent that.

It’s at the games where the full course of the black national pastime is served – meetin’ and greetin’, chowing down while tailgaitin’, swaying to the funky bands, being tripped out by the halftime shows and breathing in and soaking up the soulful atmosphere.

And by the way, there’s a game being played, too.

Now feast your eyes on these!

List of HBCU Games Streamed or on TV in 2021

Buffet of HBCU games on TV, internet in 2021

How Connecticut internet companies are responding to Henri

Sun Aug 22 , 2021
As Tropical Storm Henri moved by Connecticut Sunday, telecommunication firms claimed they were prepared to restore outages at a time when several are nonetheless working from property. When much of the focus has fallen on the probable for times-extensive electric power outages, new damaging storms have shown that the same […] 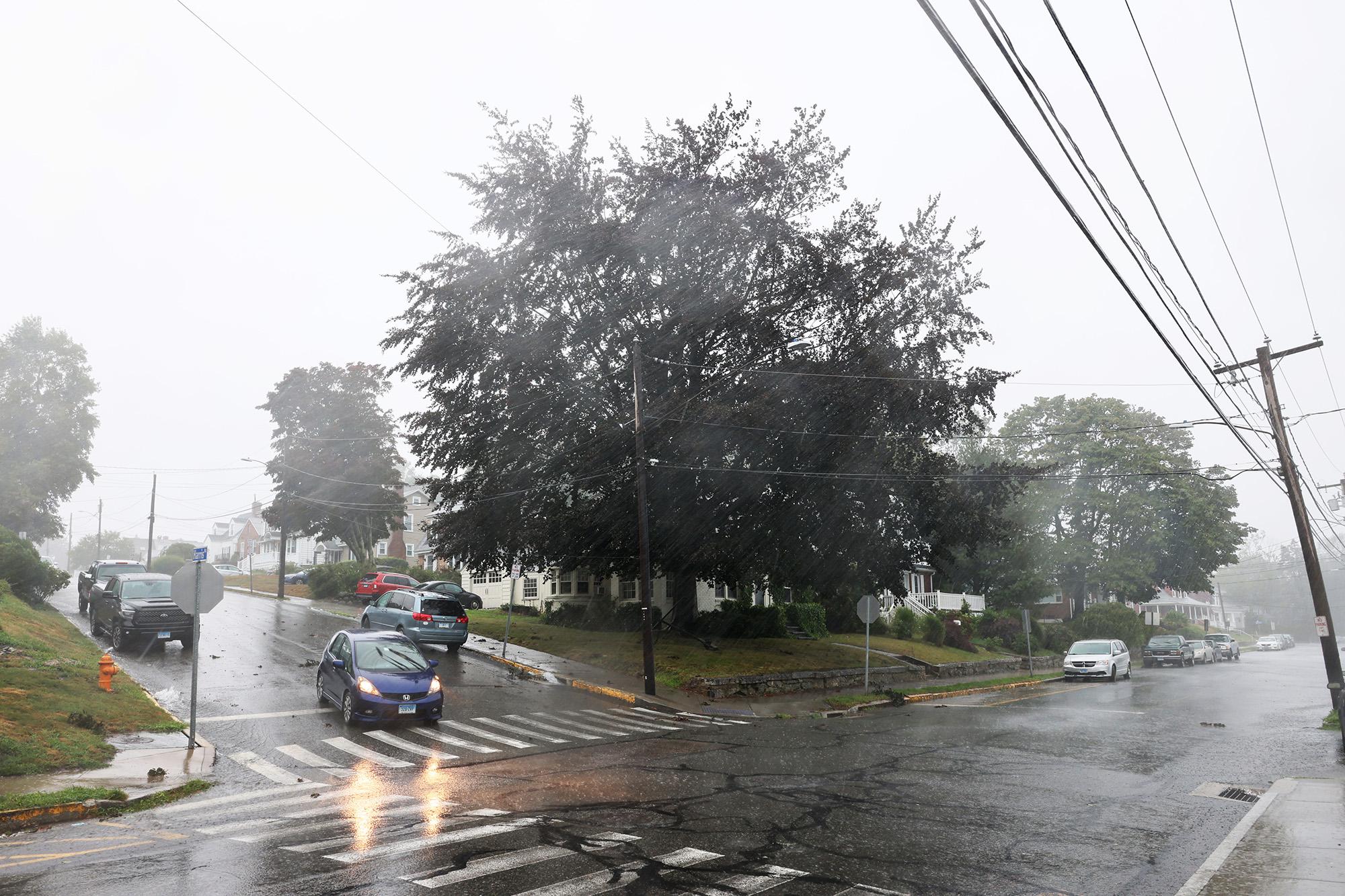